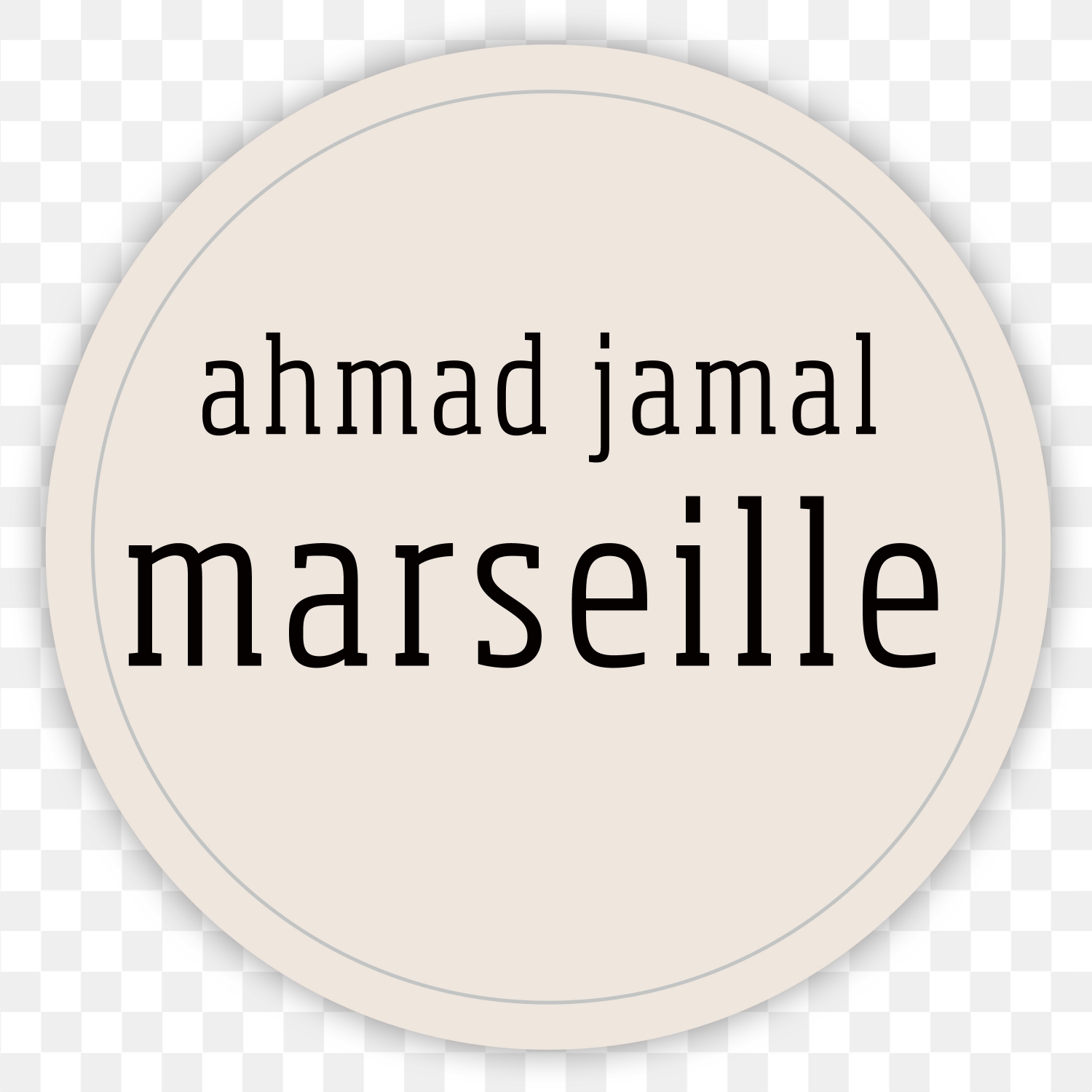 A new album by legendary pianist and composer Ahmad Jamal is always a hotly anticipated event. But Marseille has an additional glow of excitement as it is a very personal expression of the sincere and long-standing mutual admiration that has existed between the American artist and French audiences for over six decades. The title track of the record is a love letter to the iconic Southern city whose magnificent port and dazzling light have inspired numerous artists and filmmakers over the years. In a daring departure for Jamal, it features a striking performance by French rapper Abd Al Malik. Marseille is the work of a master musician who never says more than he has to but always says enough to make the world sit up and listen.

An octogenarian jazz master who exerted an influence on not just other pianists, but most prominently on Miles Davis, Ahmad Jamal has remained a vital presence on the music scene since the 1950s. His nuanced 2017 album, Marseille, finds him drawing upon his years of experience with a set of originals and covers that reveal just how vital and creative he remains. Primarily, the album showcases three distinctly varied interpretations of the title track, a hypnotic, modal ode to a city he loves, and to a greater extent a country that awarded him the prestigious Chevalier de L'Ordre des Arts et de Lettres in 2007. In fact, Marseille was even recorded in France; specifically in the Parisian suburb of Malakoff. Joining Jamal are several longtime associates including bassist James Cammack, former Jazz at Lincoln Center drummer Herlin Riley, and percussionist Manolo Badrena. Also showcased are French rapper/spoken word performer Abd Al Malik and vocalist Mina Agossi, both of whom show up on two separate versions of "Marseille." The first version of "Marseille" is an instrumental reading marked by Riley's military band snare work, Badrena's atmospheric bells and Jamal's wave-like piano, all of which evoke the city's coastal atmosphere. The second version is an equally evocative take buoyed by Cammack's languid bass motif and featuring a passionate spoken word piece in French from Malik. The final version is moody, cabaret-tinged treatment with Agossi's wry French vocals framed by Jamal's sparkling piano work and Badrena's magical chimes and percussion accents. Elsewhere, Jamal keeps the magic flowing, diving into the Afro-Cuban-infused "Pots en Verre," drawing upon dramatic, roiling, Bob Fosse-esque dance rhythms on "Baalbeck," and directly referencing the bluesy call-and-response melody of Davis' 1982 We Want Miles track "Jean Pierre" on an infectious reworking of the traditional spiritual "Sometimes I Feel Like a Motherless Child." Jamal also seems to borrow more from Davis, conjuring the sound of the trumpeter's 1965 piece "Eighty-One" for his funky interpretation of "Autumn Leaves." However, it's the pianist's original pieces here, like the glittering, dreamlike "I Came to See You/You Were Not There" that seem to flood deeper into your soul with each listen. If the music presented on Marseille is any indication, the city is clearly an intoxicating locale. Ultimately, Jamal has captured that intoxicating vibe and crafted an homage to a city that's as a heartfelt and finely rendered as anything he's done.