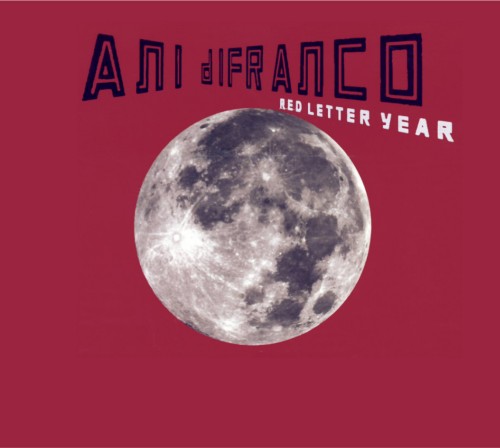 Ani DiFranco – Red Letter Year (2008) FLAC (tracks) 24 bit/88,2 kHz | Time – 48:21 minutes | 840 MB | Genre: Rock Studio Masters, Official Digital Download – Source: HDTracks | Booklet, Front Cover | © Righteous Babe Records DiFranco’s 2008 album celebrates existence, professes love and tackles thorny political issues with an infectious sense of glee. It’s one of Ani’s most joyous records to date, incorporating New Orleans jazz, funk and folk into an exhilarating and innovative sound. Ani DiFranco’s Red Letter Year is, upon first listen, a shock to the ears. It’s easily the most lush and elegantly recorded album of the 18 studio offerings she’s created thus far. There are precedents in her catalog for music that resembles this: songs with full arrangements and more complex textures and melodies to be sure, but as an album, Red Letter Year stands out clearly in the same way Dilate and Little Plastic Castles did when they were released. Part of the reason for these new musical directions is perhaps her relocation to New Orleans from Buffalo and the building of her own studio there with producer and life partner Mike Napolitano. Another undeniable dimension here is motherhood. DiFranco is not given to giddy sentiment, but the presence of new life is obvious here. Her guests are wildly varied: a string quartet that boasts violinist Jenny Scheinman, guitarist C.C. Adcock, and the Rebirth Brass Band. DiFranco’s now trademark style of rhythmic acoustic fingerpicking is largely absent, but it’s not missed. It appears selectively on “Present/Infant,” “Star Matter,” and “The Atom.” The album-opening title track is a beautiful hint of what’s to come, its slippery horns, Todd Sickafoose’s sparse but percussive bassline, and Mike Dillon’s marimba pointing the various directions the tune takes from angular pop song to elegiac requiem. The song, in typical DiFranco fashion, wraps up personal reminiscences with political thought, from New Year’s Eve dropping mushrooms to a man with a monkey for a face representing the white race while flying over in a helicopter. “Alla This” is a melodically complex anthemic statement of resistance and purpose; the strings are particularly effective playing repetitive phrases, heightening tension and dynamics until Ani defuses them with her electric guitar. The tune is a squall but a deeply musical one, with a hint of a metal riff in the vamp at the beginning. “Present/Infant” reclaims familiar ground with her acoustic, her plaintive-voiced narrative, and some gorgeous percussion work from Dillon’s vibraphone and Allison Miller’s killer breaks on the drum kit. The hand percussion on “Smiling Underneath” is a beautifully unsentimental way to execute a love song. In essence, the set feels more like a very sophisticated song cycle, and very much an album. The sophisticated arrangements treat DiFranco’s voice as another instrument in the mix, but her lyrics come through with perhaps even more force and power as a result. Other notable cuts are the electronic New Orleans funk clash in “Emancipated Minor,” the angular “Good Luck,” and the jazzy trio on “Round a Pole,” featuring DiFranco on Wurlitzer and a skeletal synth, Sickafoose on upright bass, and Miller’s painterly brushwork. Ultimately, Red Letter Year is simply more proof that this prolific artist is no less creative and innovative for being so. On the one hand, she is a long way from the folkie in punk’s clothing who recorded her self-titled debut and Not So Soft armed with only her acoustic guitar. On the other, this album contains the sum total of the persona that she has consistently and stubbornly given expression to all the while. Red Letter Year will immediately resonate with fans, but it’s time for those who either got off the boat or never got it to take another listen. It is among DiFranco’s best records, and along with Sam Phillips’ Don’t Do Anything, one of the only singer/songwriter albums to really push the envelope in new directions in 2008. Tracklist: 01 – Red Letter Year 02 – All This 03 – Present Infant 04 – Smiling Underneath 05 – Way Tight 06 – Emancipated Minor 07 – Good Luck 08 – Atom 09 – Round a Pole 10 – Landing Gear 11 – Star Matter 12 – Red Letter Year Reprise Download: http://nitroflare.com/view/7D171DBC340A496/flac.st_AniDiFrancoRedLetterYear2008HDTracks24882.rar