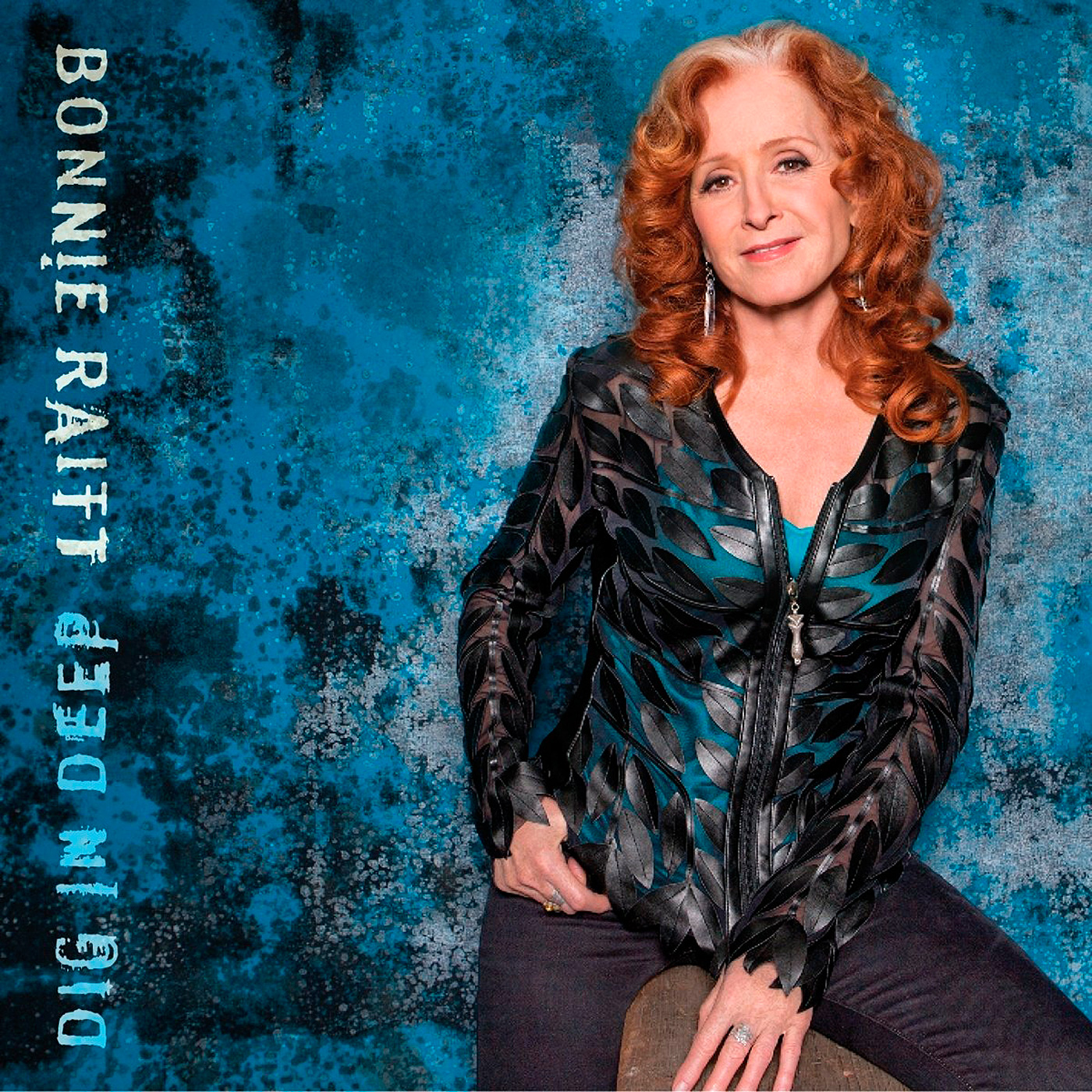 With Dig In Deep", her twentieth album, Rock and Roll Hall of Famer Bonnie Raitt comes out swinging. The follow-up to 2012's triumphant Slipstream---the Grammy-winning, Top Ten-charting first release on her own Redwing Records label---the new record illustrates the delicate balance of consistency and risk-taking that has defined Raitt's remarkable career for more than forty-five years.

Listening through Dig in Deep, Bonnie Raitt's 20th album, the entire arc of her career becomes clear. In the early '70s she insisted on recording live in the studio with her road band. Later, various producers -- from Jerry Ragovoy to Peter Asher, from Don Was to T-Bone Burnett -- assisted in shaping her sound, often with great commercial success: she's sold nearly 20 million records. She's learned from them all. There have been downs, but each was balanced by a rise. In 2012 she ended a seven-year silence with the poignant, powerful Slipstream, co-produced with Joe Henry and released on Redwing, her own label. Dig in Deep was produced by Raitt, with the exception of "You've Changed My Mind, written by Henry specifically for her, and recorded in 2010. She wrote or co-wrote five of its 12 songs. The members of her fantastic road band are again her musical partners. Raitt's signature slide guitar is back out front; it shines throughout the recording. Her earthy singing voice, with just a hint of time's grain, is more disciplined and holds more emotional authority than ever before. It soars through a song collection balanced between rough, rowdy rockers and searing ballads. All of the material, regardless of tempo, underscores her title. The themes in these songs -- loss, betrayal, desire, regret, atonement, loneliness, resolution -- are all resonant. Opener "Unintended Consequence of Love" is a funky NOLA-flavored R&B groover complete with great breaks from drummer Ricky Fataar. The reading of INXS' "Need You Tonight" is more unruly than the original -- and way sexier. Raitt's distorted slide break is nasty, delicious in its aggression. The cover of Los Lobos' "Shakin' Shakin' Shakes" is a roadhouse boogie with teeth as Raitt's slide and George Marinelli's counter leads snake around one another. "I Knew," with its irresistible hook, wise lyrics, and beguiling melody, would have been at home on Nick of Time. Her "What You're Doin' to Me" juxtaposes gospel and blues via Mike Finnigan's Hammond B-3 and Raitt's pumping piano; the lyric is a celebration of unfettered desire. It's hard to believe the swaggering blues-rocker "Gypsy in Me" wasn't written by Raitt -- but one of her many gifts has been interpreting songs in such a way that they become inseparable from her persona. Her own choogling "The Comin' Round Is Going Through" is a scorching political rocker that takes on the one percent and foretells coming karmic consequences. It can communicate on a roadhouse dancefloor as well as in a concert hall. Two ballads, Henry's "You've Changed My Mind" and her own "The Ones We Couldn't Be," portray different kinds of vulnerability to what life extracts as it is being lived. Raitt's voice in both songs -- and indeed throughout Dig in Deep -- expresses unwavering honesty and unqualified acceptance. The aforementioned arc has come full circle: Raitt is now in full control of her career, delivering consistently great music as a result.