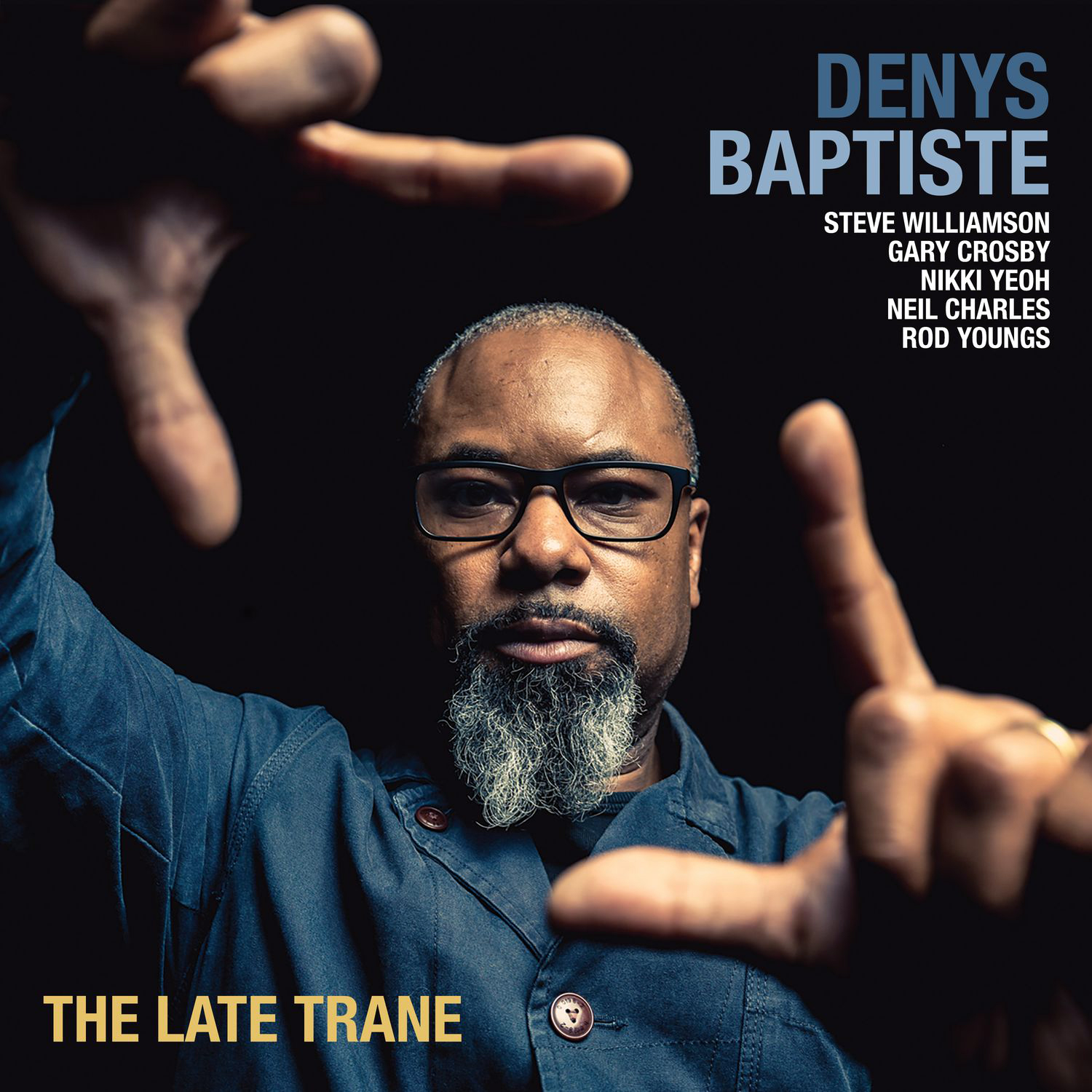 After almost two decades experience at the forefront of the British and European Jazz scene, Denys Baptiste still brims with the confidence of a youthful spirit. With a stellar band that fires on all cylinders and a new home at Edition Records, Denys' career continues to grow and blossom. This is an album by an artist in total control of his vision, a bandleader flexing his muscles and a musician in his instrumental prime. The Late Trane will fulfil his potential at an international level and bring a new audience to one of the finest instrumentalists and composers on the UK scene -- something of a sleeping giant in the last 3 decades, but a giant that is about to wake! The later works of John Coltrane, preserved in both studio and enigmatic live recordings were some of the most emotional and spiritually charged music of the 20th Century. Written at a time of tumultuous change in America and the world: the civil rights and anti racism movement, the Vietnam war, the peace movement and space exploration inspired a great flow of creativity of which Coltrane was at the heart. As Denys explains: 'John Coltrane continues to be one of my most important influences and his late period has always intrigued me and has stimulated my work over many years. To play this music, with these incredible musicians alongside me is hugely inspiring'. During the mid to late 60's, John Coltrane's music was inspired as much by the spiritual as the cosmic and a series of ground-breaking studio albums marked the last phase of his musical odyssey. Crescent, Ascension, Interstellar Space, Meditations, Om and Sun Ship all exemplified this period of explosive creative growth, where the boundaries of jazz were shifted forever. Denys has brought together an extraordinary band that illustrates the parallel journey musicians from London's multi-cultural music scene have made in discovering and finally making their own the mythic, cultural work of the master sax player. From Jazz Warrior originals Steve Williamson and Gary Crosby, through Denys himself to a new generation typified by Nikki Yeoh, the band is a tribute to the inspiration gained from Coltrane's work. Producer Jason Yarde adds another layer of deep knowledge and experience as a free jazz saxophonist who has himself explored the outer spaceways. With The Late Trane, Denys Baptiste has made a bold statement, a defining marker of his future ambitions and a reverent acknowledgement of this remarkable man and the music that has undoubtedly been a vital influence in his own career. Yet Denys is very much his own man with his own vision, an artist with his own voice and his own sense of destiny. The Late Trane views the work of Coltrane through the prism of this experience, through the global sound of London. It is 50 years since John Coltrane departed from this world and there's seems no better time to celebrate and pay tribute to one of the great musicians of the 20th Century.