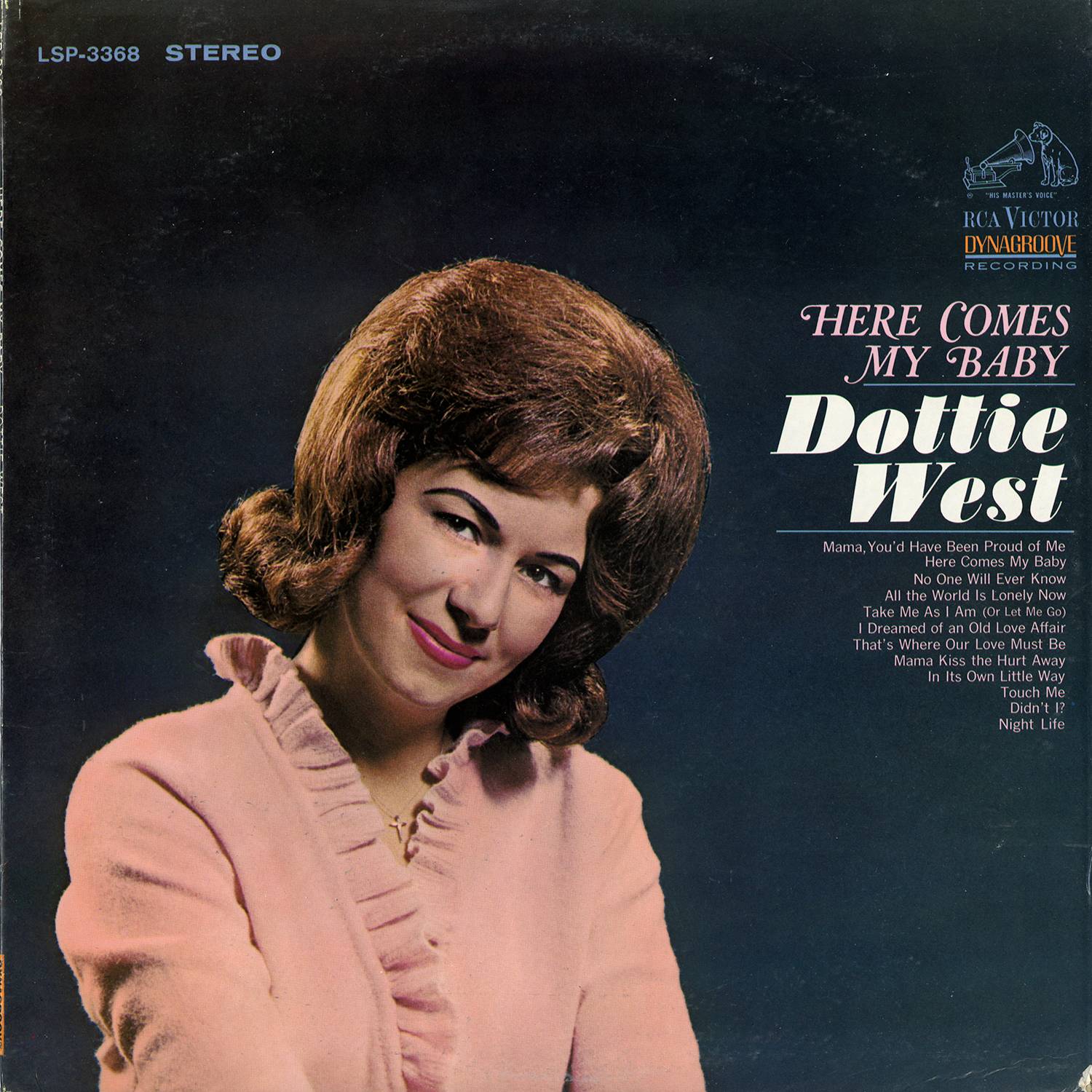 "Here Comes My Baby" is a song co-written and recorded by American country music artist Dottie West. It was released in June 1964 as the first single and title track from the album "Here Comes My Baby". West the wrote the song with her then-husband Bill.

Dottie West (born Dorothy Marie Marsh) was an American country music singer and songwriter. Along with her friends and fellow recording artists Patsy Cline and Loretta Lynn, she is considered one of the genre's most influential and groundbreaking female artists. "Here Comes My Baby" is her first album for RCA Victor. he originally signed with the label a year before, while recording a Top 10 Country hit with Jim Reeves and a Top 40 single of her own. She then co-wrote and released a new single in 1964 entitled, "Here Comes My Baby", which became a Top 10 Country hit in 1964. The song won West a Grammy award for Best Female Country Vocal Performance in 1965, and she became the first female Country singer to ever win a Grammy. This album is based on the hit single's success. The album includes cover versions of Country hits like Ray Price's "Night Life". Another single from the album entitled "Didn't I" was released in early 1965, and was a Top 40 single, reaching No. 32