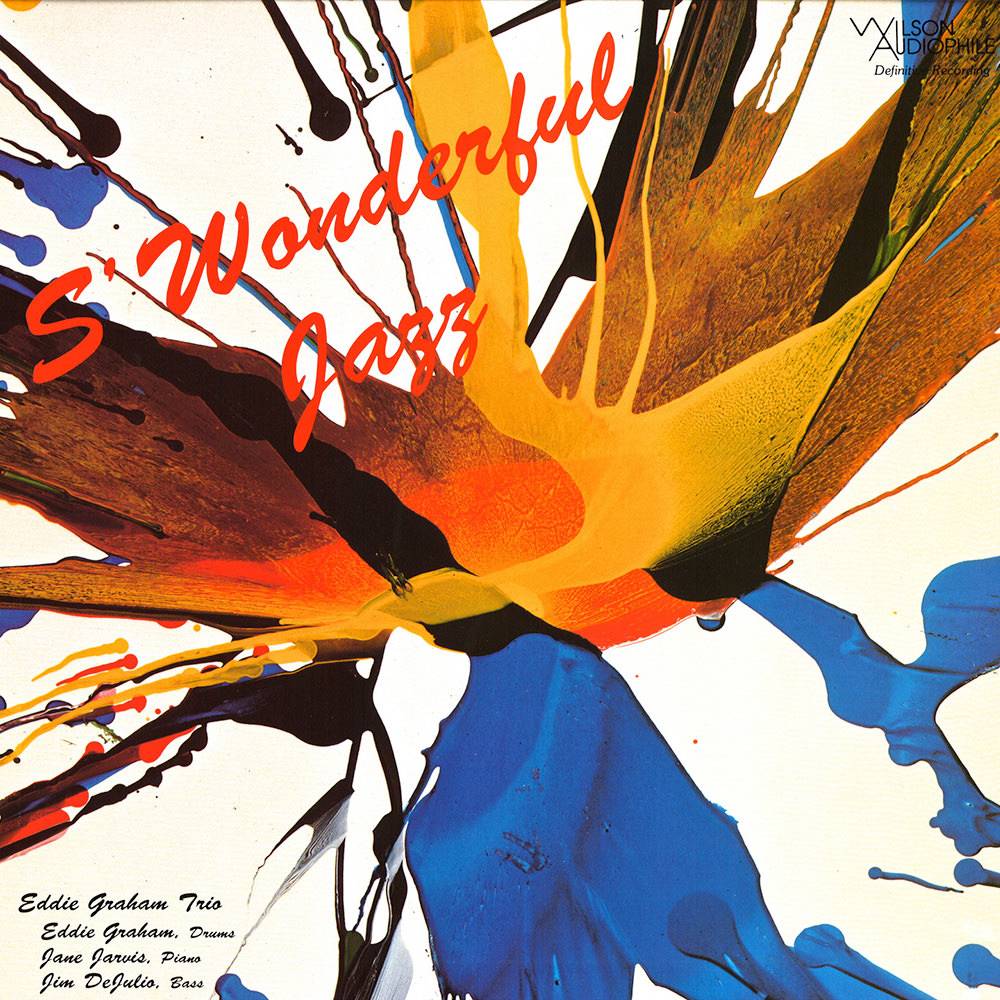 Eddie Graham Trio – S’ Wonderful Jazz (1984/2015) DSD64 (.dsf) 1 bit/2,82 MHz | Time – 37:54 minutes | 1,5 GB FLAC (tracks) 24-bit/88,2 kHz | Time – 37:54 minutes | 763 MB Studio Master, Official Digital Download – Source: NativeDSDmusic | Artwork: Digital booklet | Genre: Jazz This live album from 1984 featuring drummer Eddie Graham and his trio was recorded at Mario’s Restaurant in Palm Desert, California. Renowned for its superb sound quality, typical of all Wilson Audiophile releases, the collection of swinging standards has been hard to find for several years. “The drummer is the boss of the band, not the bandleader,” Count Basie once said. “If the drummer’s not right, nothing’s happening.” That is as true of a small group as of a big band, but audiences have not always recognized it, the importance of the drummer often being obscured by a lot of razzmatazz going on in front of him. Yet, paradoxically, audiences have always loved drum solos, good, bad and indifferent. For five years Eddie Graham was the drummer with Earl Hines, one of the greatest and most spontaneously inventive pianists in jazz history. Hines had routines on several numbers audiences demanded every night, but on others the performance varied according to his mood and inspiration. He himself had practically perfect time, but the counter-rhythms he delighted in setting up between his two hands created something of a problem for even the most talented of drummers. Eddie Graham quickly learned to cope with it and Hines remarked gratefully on the fact that during his tenure all members of the group were “comfortable with one another,” and that there was “no temperment, no selfishness, no conflict of personalities,” all of which he had endured in earlier phases of his career. “Eddie is a very gifted drummer,” he added, “who can put on an act that is a whole show in itself, and does.” This “act” was one Hines appreciated very much. “It takes the pressure off me,” he said on many occasions. After creating a percussion fantasy that enchanted most listeners, Eddie would rise up modestly from behind his glittering equipment to a storm of applause. Small and dark-haired, his appearance suggested a veritable Merlin of the drums. His solos, as this album demonstrates, were logically constructed and never a matter of loud, wild noise. The excellent recording here also shows the good, clean sound he consistently produced from the drums. Muffled thuds, as of backstage mahem, have never been a part of his stock in trade. His strong beat and accents have a positive definition that frequently brings to mind the work of one of his favorites, Buddy Rich. For this session, he left the selection of tunes to Jane Jarvis and Jim DeJulio, who chose fine standards written between 1927 and 1949. Tempos and rhythms were mutually agreed upon before each performance, most of which were made in one take. Where there was second or a third, the first, as is so often the case, usually turned out to be the freshest, because the musicians were listening more closely to one another and not thinking of recreating what they had played before. Tracklist: 01 – ‘S Wonderful 02 – Cherokee 03 – That Old Feeling 04 – You Are Too Beautiful 05 – Bali Hai 06 – Jitterbug Waltz 07 – You’ve Changed Recorded by David A. Wilson at Mario’s Restaurant in Palm Desert, California. Analogue to high definition digital transfer by Bruce Brown at Puget Sound Studios. Reissue Produced by Wilson Audiophile Recordings, LLC. Musicians: Eddie Graham – drums Jim DeJulio – bass Jane Jarvis – piano DSF DSD64 https://nitroflare.com/view/DFF9BBCA86C5D44/EddieGrahamTri0SW0nderfulJazz19842015NativeDSDDSD64.part1.rar https://nitroflare.com/view/2BE0985076848D5/EddieGrahamTri0SW0nderfulJazz19842015NativeDSDDSD64.part2.rar 24bit FLAC https://nitroflare.com/view/5BB2159AADF1E4B/EddieGrahamTri0SW0nderfulJazz19842015FLAC24882.rar