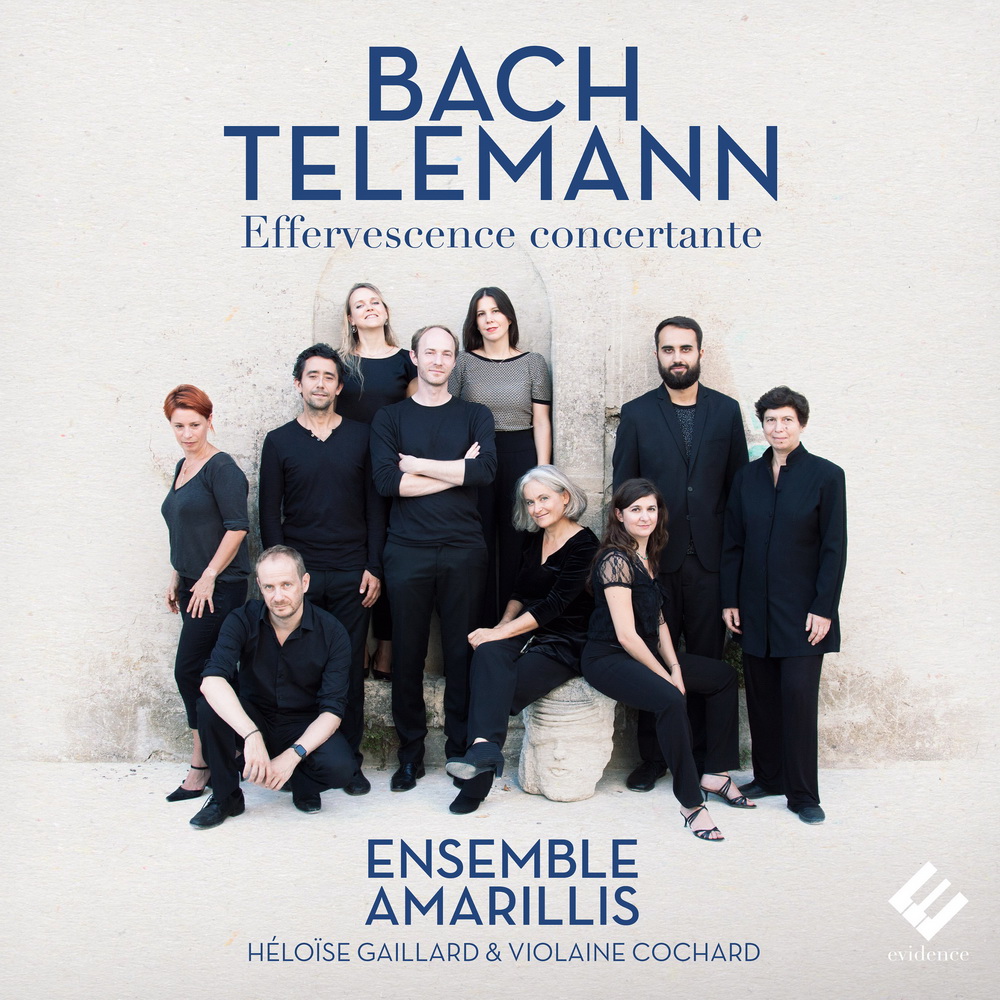 "The idea of this program is to feature concertos for several ensemble instruments in a variety of sound combinations. For example, Telemann's Concerto for flute and recorder is a response to Bach's Concerto for violin and oboe. Telemann chooses the four-movement form, thereby recalling the old sonata da chiesa, whereas Bach adopts the three-movement form created by Vivaldi. The Concerto for harpsichord in F major BWV 1057 is a retranscription Bach himself made of his Fourth Brandenburg Concerto for a command performance in Leipzig. Like other composers of the baroque period, Bach saw no harm in recycling themes or even whole pieces, tweaking them as he wished. The personalities of both of these composers blossom fully with the concertante form. Although they adopt different structures, both show their mastery of the form... Justifiably, they have become true baroque music 'hits'. For a present-day performer, these two figures are complementary. With the musicians of Amarillis, we wanted to bring out and enhance each one's rhythmic lan, sensibility, and formal inventiveness. Both of them led us to surpass the limits of each instrument, making them resonate together and speak with the same eloquence. Let us hope that this effervescence, which carried us throughout this recording, is infectious!" Hlose Gaillard