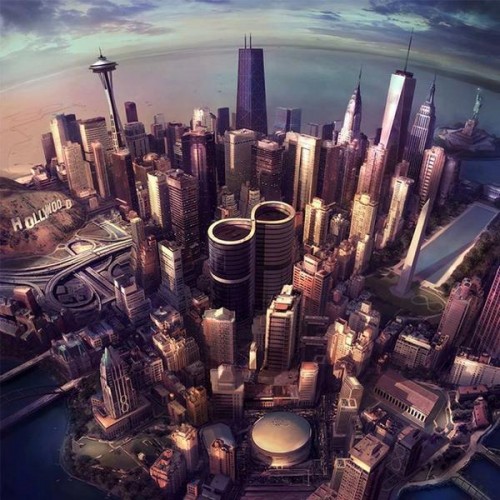 Foo Fighters – Sonic Highways (2014) FLAC (tracks) 24-bit/44,1 kHz | Time – 42:08 minutes | 511 MB | Genre: Rock Studio Master, Official Digital Download  – Source: HDTracks | © RCA Records Though not a soundtrack album by any stretch, Sonic Highways shares its title with the Dave Grohl-directed eight-episode HBO series described by Grohl as a love letter to the history of American music. For the album and series, Grohl, Taylor Hawkins, Nate Mendel, Chris Shiflett and Pat Smear wrote and recorded one song in each of these eight cities, delving into the local musical currents: how each region shaped these musicians in their formative years, and in turn the impact those people had on the cultural fabric of their hometowns. All songs feature local legends sitting in, with every lyric written in an unprecedented experimental style: Dave held off on putting down words until the last day of each session, so as to be inspired by the experiences, interviews for the HBO series, and other local personalities who became part of the process. “This album is instantly recognizable as a Foo Fighters record, but there’s something deeper and more musical to it. I think that these cities and these people influenced us to stretch out and explore new territory, without losing our ‘sound’.”—Dave Grohl Tracklist: 01 – Something From Nothing 02 – The Feast and The Famine 03 – Congregation 04 – What Did I Do?/God As My Witness 05 – Outside 06 – In The Clear 07 – Subterranean 08 – I Am A River Download: http://nitroflare.com/view/300F22BE1D7048A/flac.st_FooFightersSonicHighways2014HDTracks24441.rar