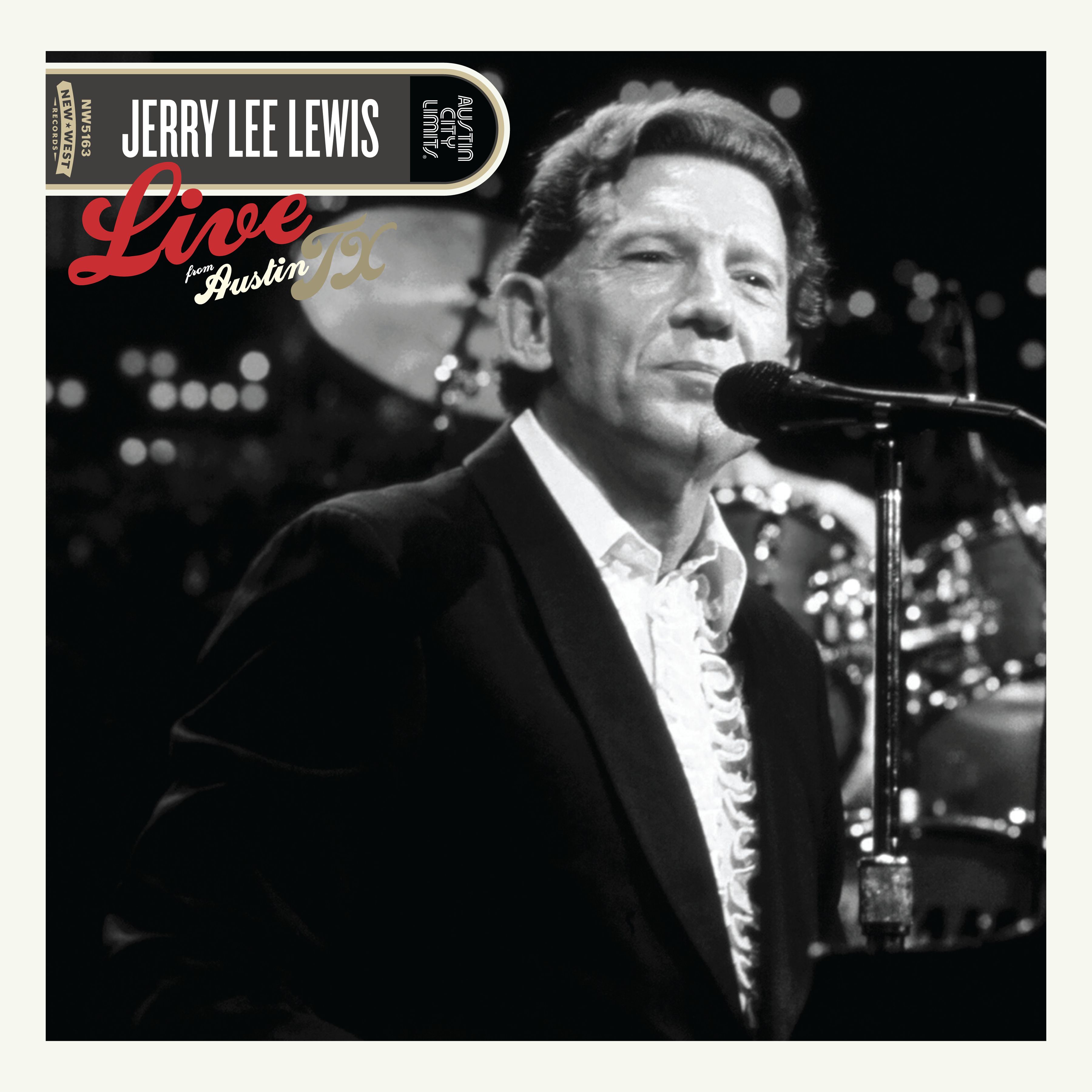 Since 2007, New West Records has curated the finest collection of recordings available from the Austin City Limits television program, on DVD, CD, and vinyl. These recordings, culled from hundreds of performances from the 1970s to the 2000s, represent one of the greatest treasures in American music.

From the Live from Austin, TX series documenting performances from the syndicated Austin City Limits public television program comes this volume of Jerry Lee Lewis from October of 1983. Of the many officially released and bootlegged performance of the Killer from his mid-'50s debut on Sun to the present day, this one ranks among the finest. There are 15 cuts here, featuring Lewis fronting a taut sextet that includes guitarists Kenny Lovelace and Joel Shumaker, bassist Bob Moore, organist Bill Strom, and drummer Buddy Harmon. The tunes range from Hank Williams' "You Win Again" to Chuck Berry's "Sweet Little 16," "39 and Holding," "C.C. Rider," "Chantilly Lace" (leaving the Big Bopper's version in the dust), Charlie Rich's "No Headstone on My Grave," Ray Charles' "What'd I Say," and more, all topped off by his best-known tracks: "Great Balls of Fire" (written by Otis Blackwell, the man who made Elvis Presley famous) and, of course, "Whole Lotta Shakin' Goin' On." The show is beautifully edited and the Killer's control of the gig is total. He understands how to bring it down and tear it up. There are a number of volumes in this series that simply don't get it for one reason or another; Jerry Lee's gig on Austin City Limits does -- and hard. Get it.