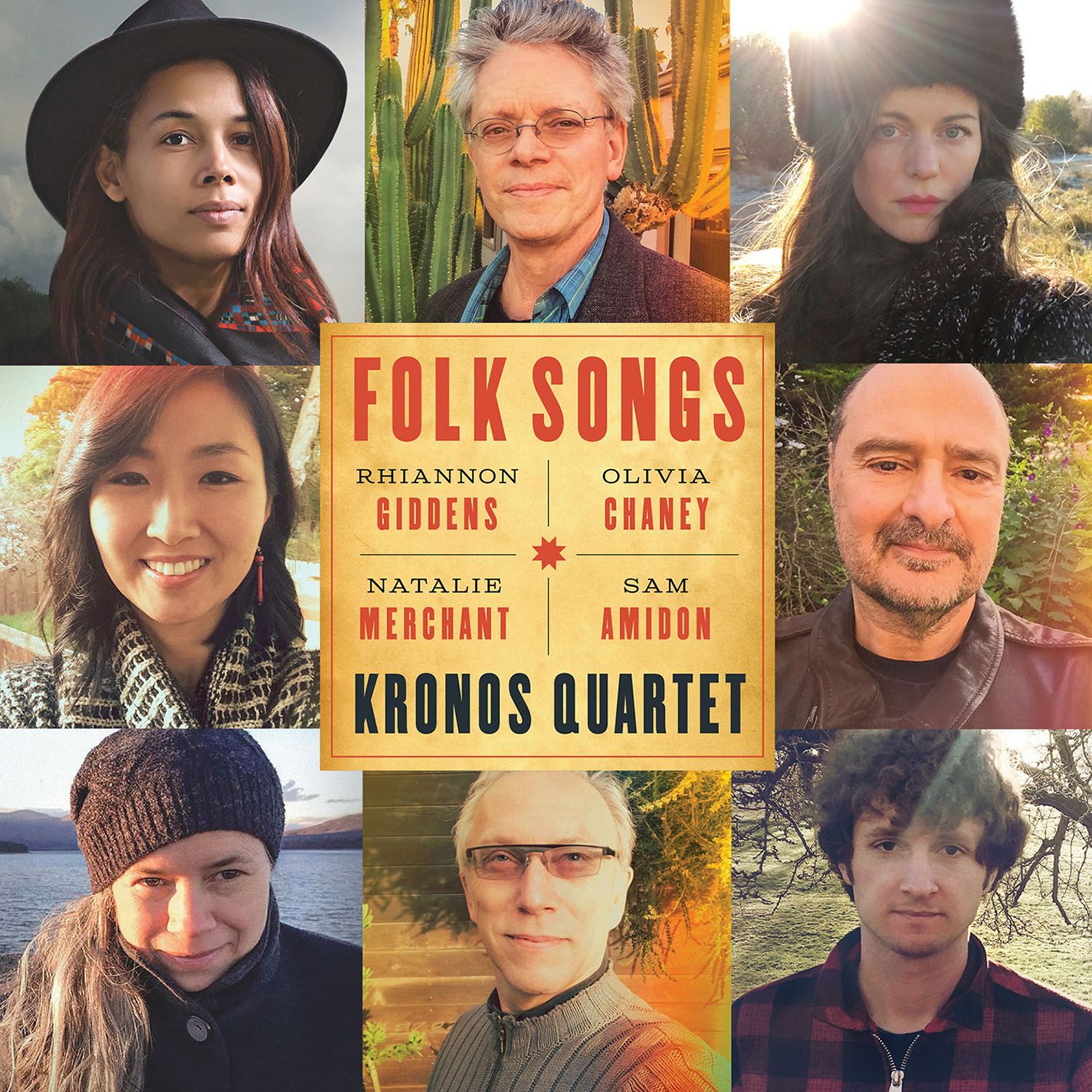 When Nonesuch Records celebrated its 50th anniversary in 2014, with festivals at London's Barbican Centre and New York's Brooklyn Academy of Music (BAM), Kronos Quartet joined forces with four labelmates-Sam Amidon, Olivia Chaney, Rhiannon Giddens, and Natalie Merchant-to perform a concert entitled Folk Songs. The group later recorded the songs, most of which are traditional with contemporary arrangements, with Doug Petty as the album's producer.

The Kronos Quartet have famously refused to allow themselves to be hemmed in by the narrower parameters of the traditional classical repertoire, devoting themselves to contemporary classical works, experimental pieces, and other compositions outside the usual confines of art music. Folk Songs clearly falls into the third category, and lives up to the title; it features nine selections drawn from the American, British, and French traditional songbooks, and finds the ensemble performing with vocalists Sam Amidon, Olivia Chaney, Rhiannon Giddens, and Natalie Merchant. With the exception of Giddens' sprightly take on "Lullaby," the tone of the vocal performances is somber, with these songs depicting tragic and unfortunate circumstances. Though Kronos' accompaniment is superb throughout, their arrangements are generally subtle and never upstage the singers. In fact, the quartet's attack imaginatively meshes with the tone and spirit of the vocalists, especially as violinists David Harrington and John Sherba mimic Olivia Chaney's harmonium on "Ramblin' Boy." While the strings don't aim for strictly Appalachian effects on these songs, most of these performances strike a satisfying balance between honoring the melodies of these numbers (the austere backing to Merchant's turn on "The Butcher's Boy") and bending them into new and intriguing shapes ("I See the Sign," where Amidon's guitar picks out the framework of the tune and the quartet spins around it, by turns sweet and chaotic). And the instrumental version of "Last Kind Words" is a memorable blend of percussive pizzicato lines and bluesy sway that suggests this album could have been nearly as strong without the work of the vocalists, fine as they are (especially Giddens and Merchant, both of whom rise to this challenge with flying colors). Folk Songs is a smart and emotionally effective exploration of the folk tradition that respects musical history without being chained to it, and it's an experiment the Kronos Quartet would do well to repeat in the future. ~ Mark Deming