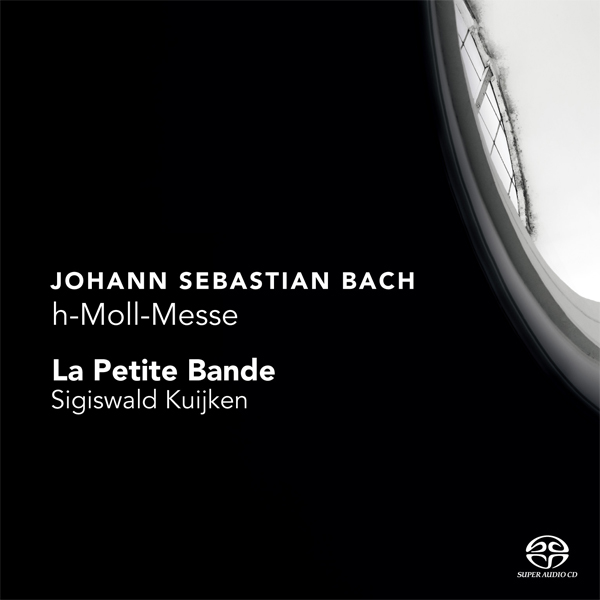 In the 1980s, Joshua Rifkin published his Preliminary Report on the workings and makeup of the "choir" in the vocal works of Johann Sebastian Bach. His conclusions (then provisional and to be further elaborated on) radically contradicted the practice of the time, which consisted in unreservedly assuming that by "choir" -- indeed -- Bach meant a vocal ensemble that has multiple singers per part, resulting in a more or less substantial number of performers. Before Rifkin, nobody had studied the sources with such seriousness from that standpoint or sought to envision the actual conditions Bach faced in his position as cantor. Rifkin's findings, thus, were "sacrilegious." Generally, he concluded, Bach used one singer per part in his cantatas, motets, passions, etc., so there was no "choir" in the modern sense of the word -- consequently, the B minor Mass requires just eight vocalists (the Osanna is set for 2 choirs: 2 x 4 singers).

It would be hard to imagine a greater contrast between performances of Bach's B minor Mass than Otto Klemperer's 1967 recording featuring the New Philharmonia Orchestra and Chorus, and Sigiswald Kuijken's 2009 version with La Petite Band. Klemperer's recording features a star-studded cast of soloists and sounds as if it were carved from giant slabs of granite, while Kuijken is seated in the concertmaster's chair, leading a performance with one voice to a part. Musical fashions change, and this recording reflects research and an aesthetic attitude that the B minor Mass does not need to be backed by an army of vocalists and instrumentalists. As with his series of Bach cantatas, Kuijken eliminates nearly all doublings, instrumental and vocal, except for the first and second violins, of which there are two each. Although other conductors have taken similar approaches, most notably Joshua Rifkin in his pioneering 1981 recording, it could be argued that Kuijken has done it best. Aside from the effortless virtuosity of all the musicians, the qualities that most distinguish this performance are its inwardness and its spirituality. Technical mastery is a quality shared by all great recordings of the B minor Mass, but the inwardness and the intimacy of this performance make it unique. Each musician is alone on his or her part, as in chamber music, so each part is infused with individual personality. Under Kuijken's intense and assured leadership, the result is a recording that stands among the greatest ever made, including Klemperer's. Challenge Classics' super audio sound is richly detailed, amazingly clear, and evocative. ~~AllMusic Review by James Leonard