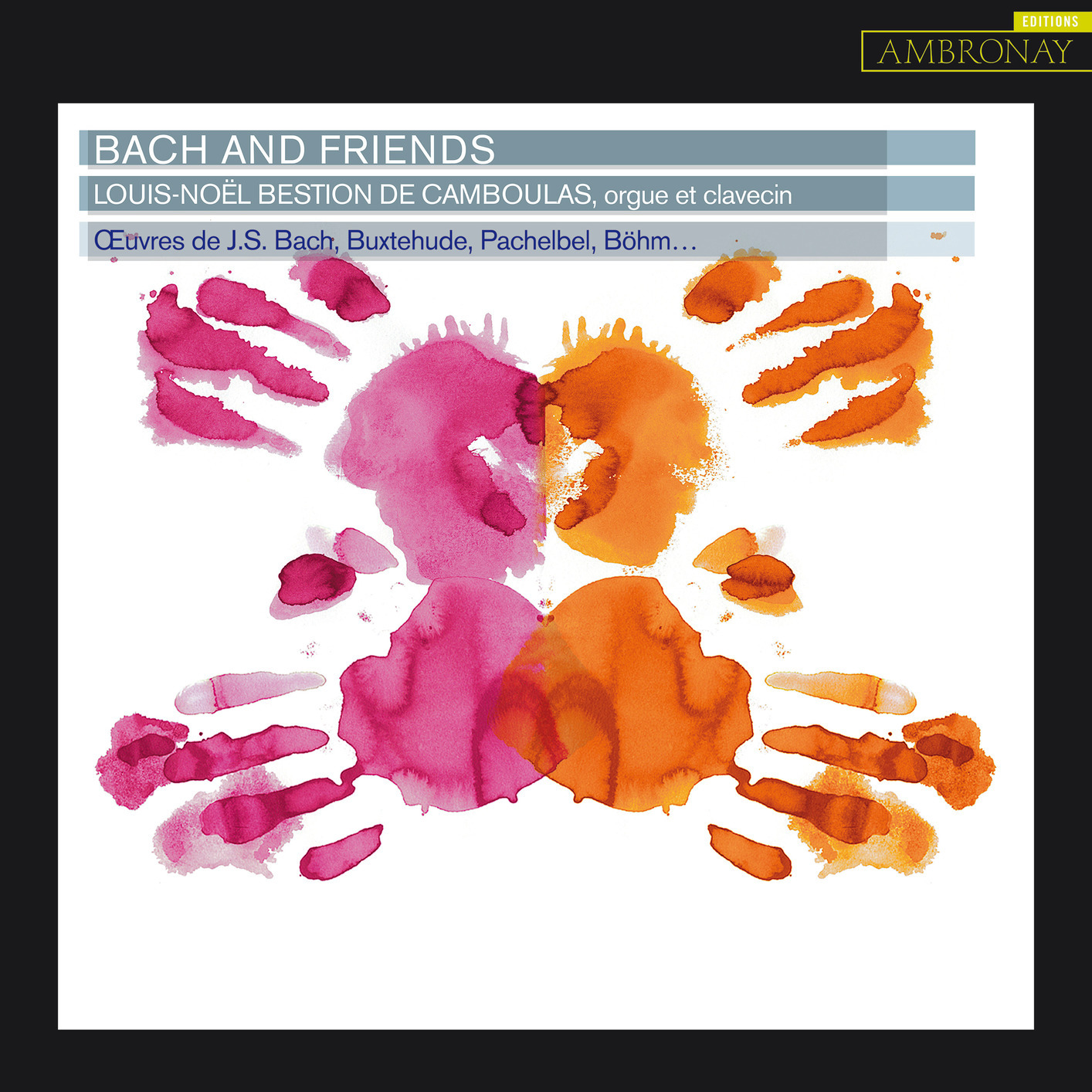 Artist: Louis-Noel Bestion de Camboulas Title: Bach and Friends: Keyboard Recital Genre: Classical Release Date: 2017 Duration: 01:14:10 Quality: High-Fidelity FLAC Stereo 24bit/96kHz Label: Ambronay For his first recital, Louis-Nol Bestion de Camboulas invites us on a fascinating exploration of the keyboard music of J. S. Bach and his mentors. In the hands of this talented musician, the intimate tones of the harpsichord and the sumptuous strains of the great organ ring out by turns. Until the middle of the eighteenth century, the organ and the harpsichord were the two principal faces of a generic 'keyboard' repertory that was often played without discrimination on a number of instruments, which might also include the clavichord, the spinet and the virginal. Professional musicians trained on both instruments with the aim of acquiring not only a solo or concertante technique, but also proficiency in performing basso continuo and the rudiments of improvisation and composition. This complementarity between the organ and the harpsichord may be observed in the numerous books of keyboard music that were printed or copied everywhere in Europe between 1600 and 1750. They often mixed pieces intended for the harpsichord and others intended for the organ, with the line of demarcation between the two not always clear, since many pieces can be played on both instruments. Scheidt's Tabulatura nova of 1624 mingles works for organ and/or harpsichord, as does Johann Krieger's much later Anmuthige Clavier-bung (1699). Manuscript compilations for the keyboard -- particularly widespread in the German-speaking territories -- also generally include pieces for the two instruments. Notable among these are two famous manuscripts deriving from the inner circle of Johann Sebastian Bach, the Andreas-Bach-Buch and the Mllersche Handschrift, which feature a wide range of pieces offering a useful insight into the different genres and styles that could be practised on one instrument or the other, or indeed on both. ... The harpsichord used for this recording is a copy of an instrument made by Johann Heinrich Grbner in Dresden in 1722. It is now in the Villa Bertramka in Prague, from which it has not moved since 1787, when Mozart used it while composing his opera Don Giovanni! J. H. Grbner 'the Elder' (1665-1739) was the first in a great dynasty of organ builders, organists and harpsichord makers, which lasted until the middle of the nineteenth century, by which time its members were making pianos. His son Heinrich Christian, an organist, was a pupil of J. S. Bach in 1725 and 1726, and a surviving document by him tells us that this 'cost his father a great deal'! Grbner 'the Elder' therefore often had the opportunity of frequenting J.S. Bach on the composer's trips to Dresden and of discussing music and instruments with him. It is impossible to copy such historic harpsichords without bearing in mind the atmosphere surrounding them. Dresden in the early eighteenth century was the bene ciary of the tastes of the Elector of Saxony, August the Strong, who turned his capital into 'the Florence of the Elbe'. Numerous architects, painters and craftsmen worked there, and the Dresden court orchestra was famed all over Europe. The monarch's Italophile tastes are also re ected in the style of the harpsichords built in the region. The cases, constructed around the bottom, are framed almost like Italian harpsichords. The soundboards are conceived to produce a colour very rich in harmonics, which facilitates clarity of polyphonic discourse. Tracklist: Download: http://nitroflare.com/view/75530997ABCD2FD/hdsound.xyz_BachandFriendsKeyboardRecitalLouisNolBestiondeCamboulas20179624.part1.rar http://nitroflare.com/view/483065FF155183F/hdsound.xyz_BachandFriendsKeyboardRecitalLouisNolBestiondeCamboulas20179624.part2.rar