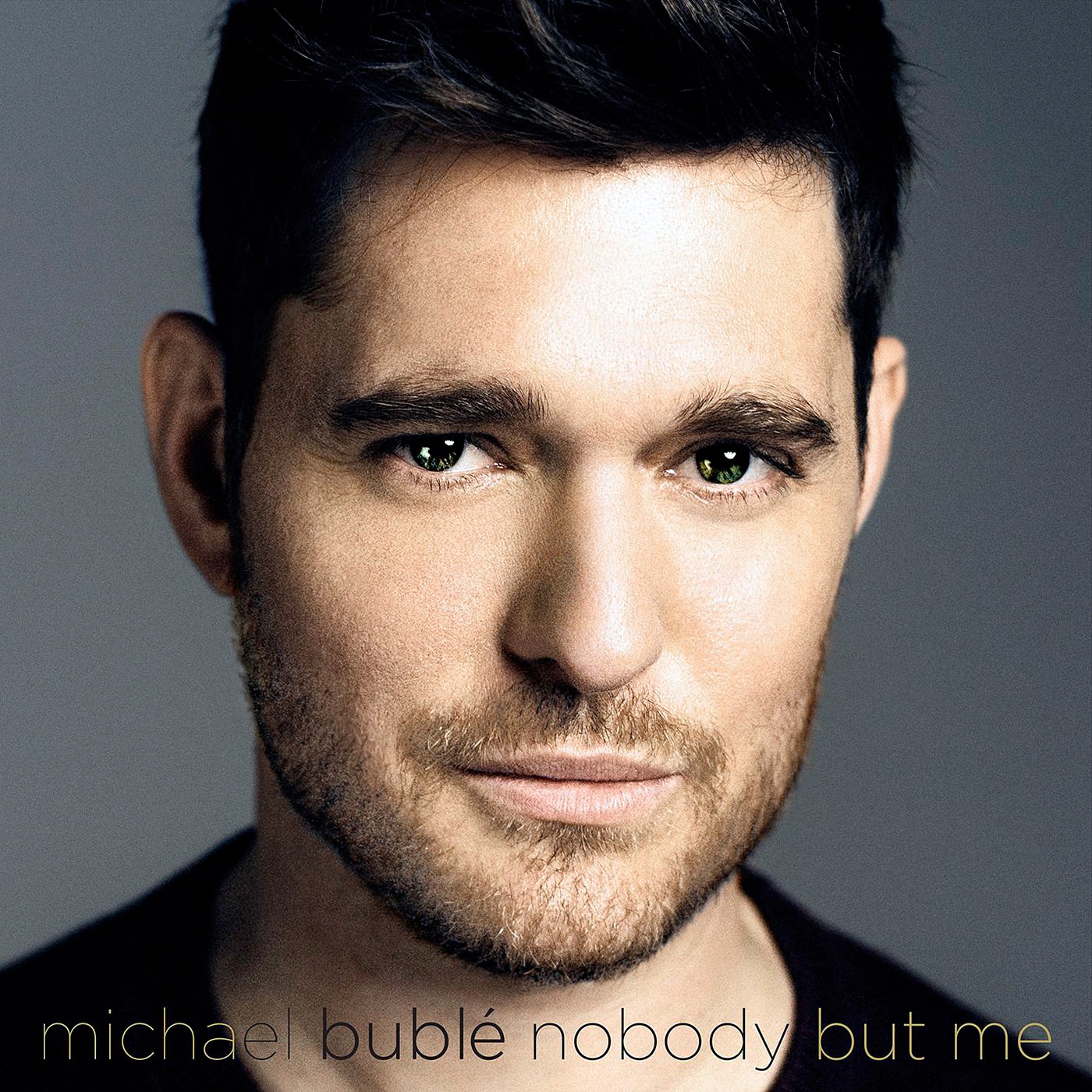 "Nobody but Me" is the ninth studio album and seventh major label studio album by Canadian singer-songwriter Michael Bubl. It features three original songs co-written by Michael Bubl and nine cover versions. Bubl said of the album "I don't know that I've ever had this much fun working on an album. It was especially thrilling to collaborate with my band who understand that I want to sound better than I've ever sounded. I'm also very proud of the new songs. Having the opportunity to co-produce was a joy for me personally".

Ever since crossing over with his 2005 soft rock hit "Home," Michael Bubl has attempted to balance his love of traditional jazz standards with his knack for sincerely delivered contemporary pop material. It's something his similarly inclined crossover contemporaries, from Harry Connick, Jr. and Jamie Cullum to Josh Groban and Diana Krall, have all attempted with greater and lesser degrees of success. Even before them, legends like Frank Sinatra and Nat King Cole regularly strayed beyond the pages of the Great American Songbook, hoping to wrangle the odd country & western, polka, or latest British Invasion hit into submission. That said, Bubl is arguably the best at doing the crossover dance. Blessed with a warm, inviting voice and attractively louche stage presence, Bubl is a 21st century Bobby Darin; a mutable lounge act who knows when to swing, when to play it straight, and when to pepper a lyric with just enough tongue-in-cheek to let the hipsters know that you smell the cheese too. It's a multi-layered skill set that's helped him achieve a level of mainstream success on par with that of his more pop-oriented peers. Not surprisingly, he keeps the dance going with his slick, superbly executed ninth studio album, 2016's Nobody But Me. Co-produced by Bubl along with a cadre of big-name pop producers including Johan Carlsson, Alan Chang, Jason "Spicy G" Goldman, and the Monsters & Strangerz, the album is not dissimilar from the Canadian artist's past works. Here, we get a handful of well-curated standards, from a jaunty reading of the Matt Monro classic "My Kind of Girl" to a lush, orchestral take on "The Very Thought of You" to a brightly swinging, Sinatra-esque version of "My Baby Just Cares for Me." And while it's Bubl's finely honed talent for delivering these urbane, time-tested songs that remains the foundation of his appeal, he continues to defy easy categorization with his various forays into newly penned, modern radio-ready pop. Cuts like the crisp, '50s rock-meets-2000s-hip-hop title track, the twangy and soulful "Today Is Yesterday's Tomorrow," and the ukulele-accented duet with Meghan Trainor "Someday," are peppy anthems that make the most of Bubl's charm. Ultimately, that Bubl can successfully transition on Nobody But Me from the uber-earnest acoustic guitar boy band romance of "I Believe in You" to the giddy, mandolin-soaked, Dean Martin-pastiche of "On an Evening in Roma (Sotter Celo de Roma)" and make both work is at the least an enviable skill and at best, a kind of pop magic. Very few of his contemporaries can do that and nobody but Bubl can own it like he does here. ~ Matt Collar