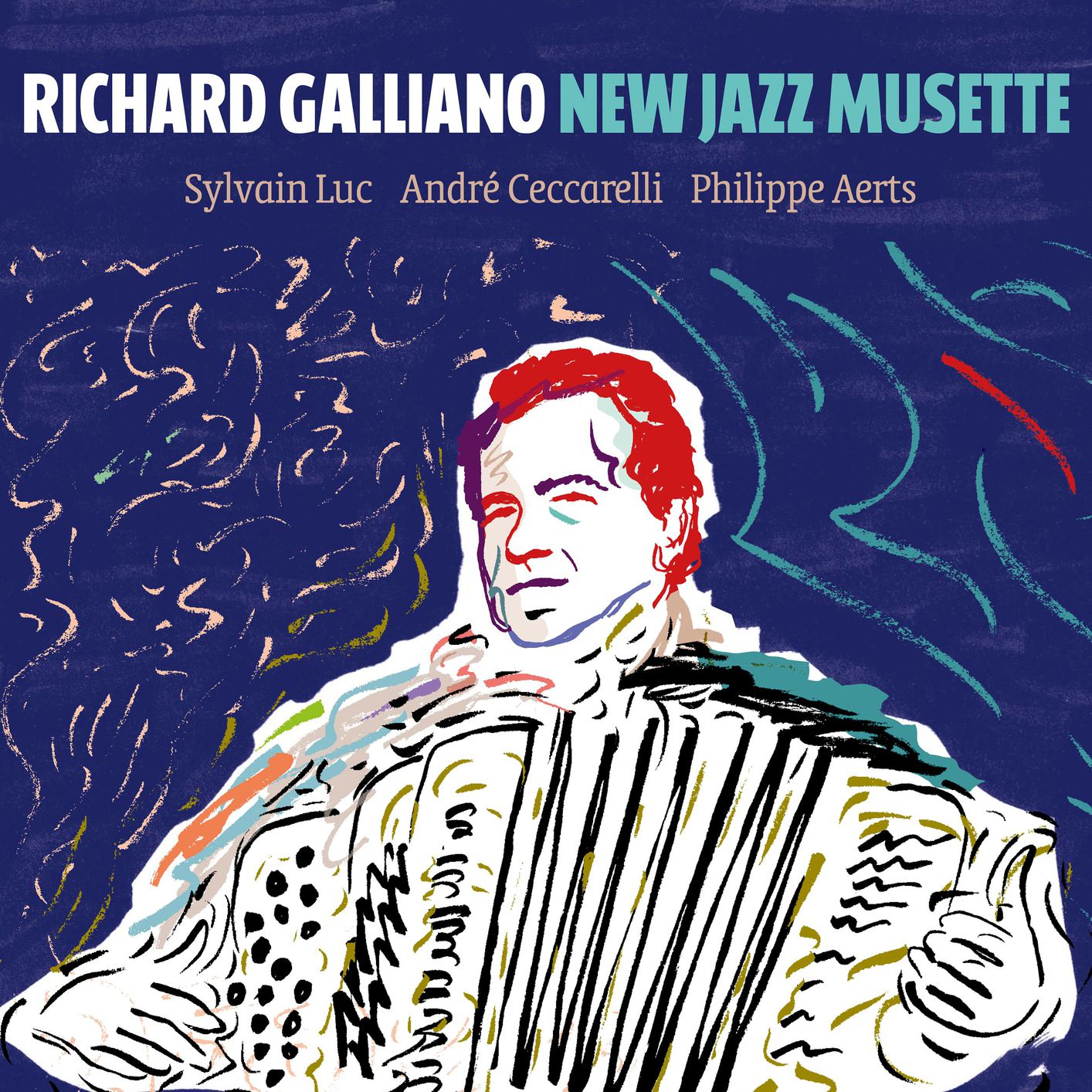 Artist: Richard Galliano, Philippe Aerts, Sylvain Luc, Andre Ceccarelli Title: New Jazz Musette Genre: Jazz Release Date: 2017 Duration: 01:25:20 Quality: High-Fidelity FLAC Stereo 24bit/88,2kHz Label: Ponderosa Already 30 years that his first album as a band leader, Spleen, was released with the "New Musette" Quartet. Already 30 years that he restored the image of a so called old fashioned instrument, bound to play for Saturday nights ballrooms. Already 30 years that he is navigating in all kinds of musical styles, flirting with salsa, merging with tango, without losing his soul, deeply anchored in his French-Italian roots. Only 5 years on the other hand that Richard Galliano started to express his incredible talent in the nest of classical music. One best-seller on the label Deutsche Grammophon with the 'Bach Project', then a tribute to Nino Rota and the Vivaldi "Four Seasons", all titles released by the prestigious German label. Got even an award at the French "Victoires de la Musique" in 2014, as a composer. Richard Galliano has chosen to celebrate his 30 years of career with his friends and gifted musicians: "I consider my record "Spleen" (1985) as my first "New Musette" project. 30 years after ...it's with that spirit that I feel like performing again my favourite compositions and introduce the "New Jazz Musette" The "Musette" is an old Italo/French style that makes Jazz musicians so ironically reluctant and afraid.... However the "Musette" (java, waltz ...) in France, like the "Blues" in the States and the "Tango" in Argentina appeared all around the world at the same period of time, the beginning of the 20th Century. Those styles are all the fruits and the fusion of a human and cultural blend: Italians and French musicians for "Musette", Italians and Argentinians for "Tango", Africans and Americans for "Blues". All those migrants, far from their motherland, cried through a new musical form, mixing rage and melancholia , so was the "Blues" in US, so was the "Milonga" in Argentina, so was the suburb complaints of the "Musette" in France. Nowadays, I create and recreate the "New Musette" because I feel that this music cannot be performed like in those years of the 30's. I am playing this music now by joining in my strongest influences: PIAZZOLLA, COLTRANE, BILL EVANS, DEBUSSY... Tracklist: Download: http://nitroflare.com/view/0ECB2862D71D2EE/RichardGallianoNewJazzMusette201788.224.part1.rar http://nitroflare.com/view/DC56815F53FB0B6/RichardGallianoNewJazzMusette201788.224.part2.rar