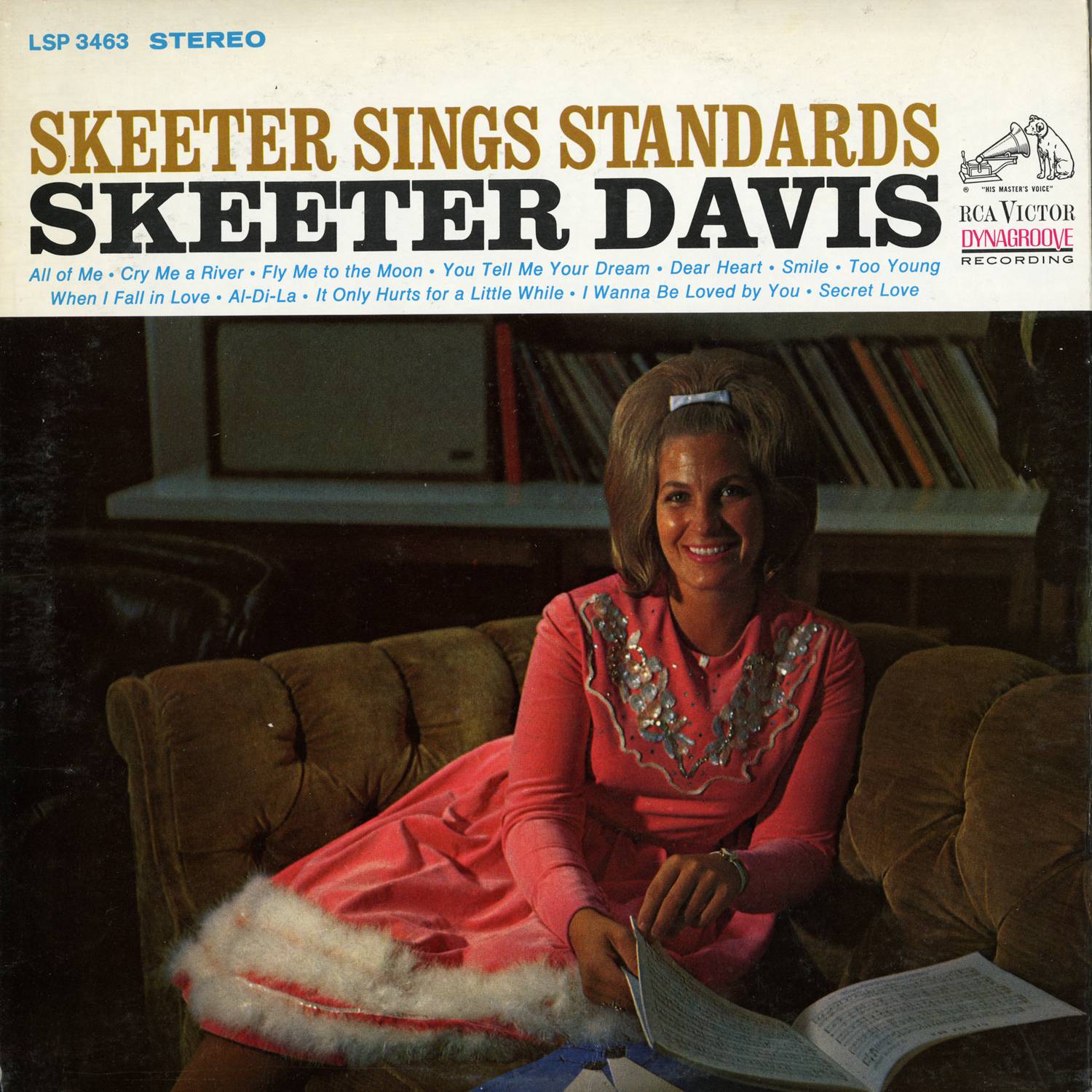 Mary Frances Penick, better known as Skeeter Davis, was an American country music singer who sang crossover pop music songs. She started out as part of the Davis Sisters as a teenager in the late 1940s, eventually landing on RCA Victor. In the late 1950s, she became a solo star. One of the first women to achieve major stardom in the country music field as a solo vocalist, she was an acknowledged influence on Tammy Wynette and Dolly Parton and was hailed as an "extraordinary country/pop singer" by The New York Times music critic Robert Palmer.

Skeeter Davis never received much critical attention, but in the '50s and '60s, she recorded some of the most accessible crossover country music, occasionally skirting rock & roll. Born Mary Penick, Davis took her last name after forming a duo with Betty Jack Davis, the Davis Sisters. Their 1953 single "I Forgot More Than You'll Ever Know" was a big country hit; its B-side, the remarkable "Rock-a-Bye Boogie," foreshadowed rockabilly. That same year, however, the duo's career was cut short by a tragic car accident in which Betty Jack was killed and Skeeter was severely injured. Skeeter did attempt to revive the Davis Sisters with Betty Jack's sister but was soon working as a solo artist. In the early '60s, Davis followed the heels of Brenda Lee and Patsy Cline to become one of the first big-selling female country crossover acts, although her pop success was pretty short-lived. The weepy ballad "The End of the World," though, was a massive hit, reaching number two in 1963. "I Can't Stay Mad at You," a Top Ten hit the same year, was downright rock & roll; penned by Gerry Goffin and Carole King, it sounded like (and was) an authentic Brill Building girl group-styled classic. Goffin and King also wrote another successful girl group knockoff for her, "Let Me Get Close to You," although such efforts were the exception rather than the rule. Usually she sang sentimental, country-oriented tunes with enough pop hooks to catch the ears of a wider audience, such as "I Will." Davis concentrated on the country market after the early '60s, although she never seemed too comfortable limiting herself to the Nashville crowd. She recorded a Buddy Holly tribute album in 1967, when Holly wasn't a hot ticket with either the country or the rock audience. But she certainly didn't reject country conventions either: She performed on the Grand Ole Opry and recorded duets with Bobby Bare, Porter Wagoner, and George Hamilton IV. In the 1980s, she had a mild comeback with the rock crowd after recording an album with NRBQ; she also married NRBQ's bass player, Joey Spampinato. Davis passed away September 19, 2004 after a long struggle with cancer.