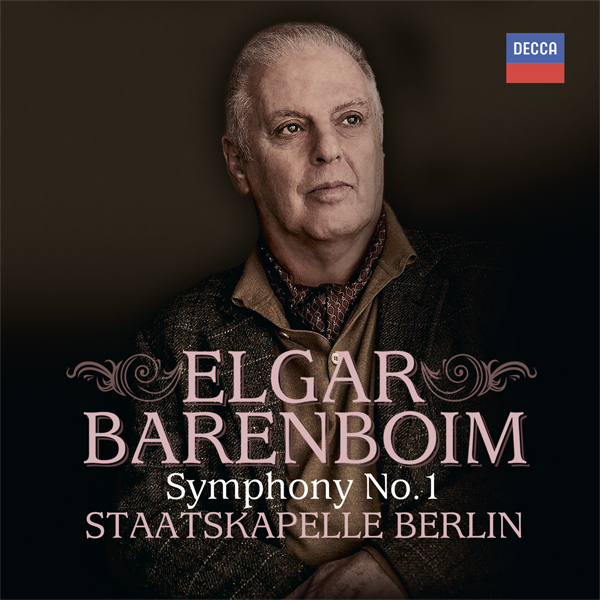 Daniel Barenboim continues his acclaimed Elgar series with the landmark First Symphony. These new issues mark the first time that indefatigable maestro Barenboim has returned to recording Elgar's symphonic works since the 1970s.

This recording is the latest step in maestro Barenboim's Elgarian journey with the Berlin Staatskapelle, following on from well-received performances of Elgar's Dream of Gerontius, the Cello Concerto (recorded live with Alisa Weilerstein for Decca), and Elgar's Second Symphony -- about which the Guardian wrote: "The surging, unquenchable energy of this account is obvious from the opening bars, which are borne on an irresistible flood of sound from the Berlin Staatskapelle..." This album was recorded live at Berlin's renowned Philharmonie, with the Berlin Staatskapelle and leading Elgarian record producer Andrew Keener. Barenboim is a passionate Elgarian, counting The Dream of Gerontius as one of his favourite works. As a young man he worked regularly with Sir John Barbirolli, one of the greatest of all Elgar conductors and who was Jacqueline du Pr's partner in the classic EMI recording of the Cello Concerto. Barenboim's latest Decca release follows his hugely successful Beethoven project of 2012, 2013's Verdi Requiem, and Elgar's Second Symphony in 2014.