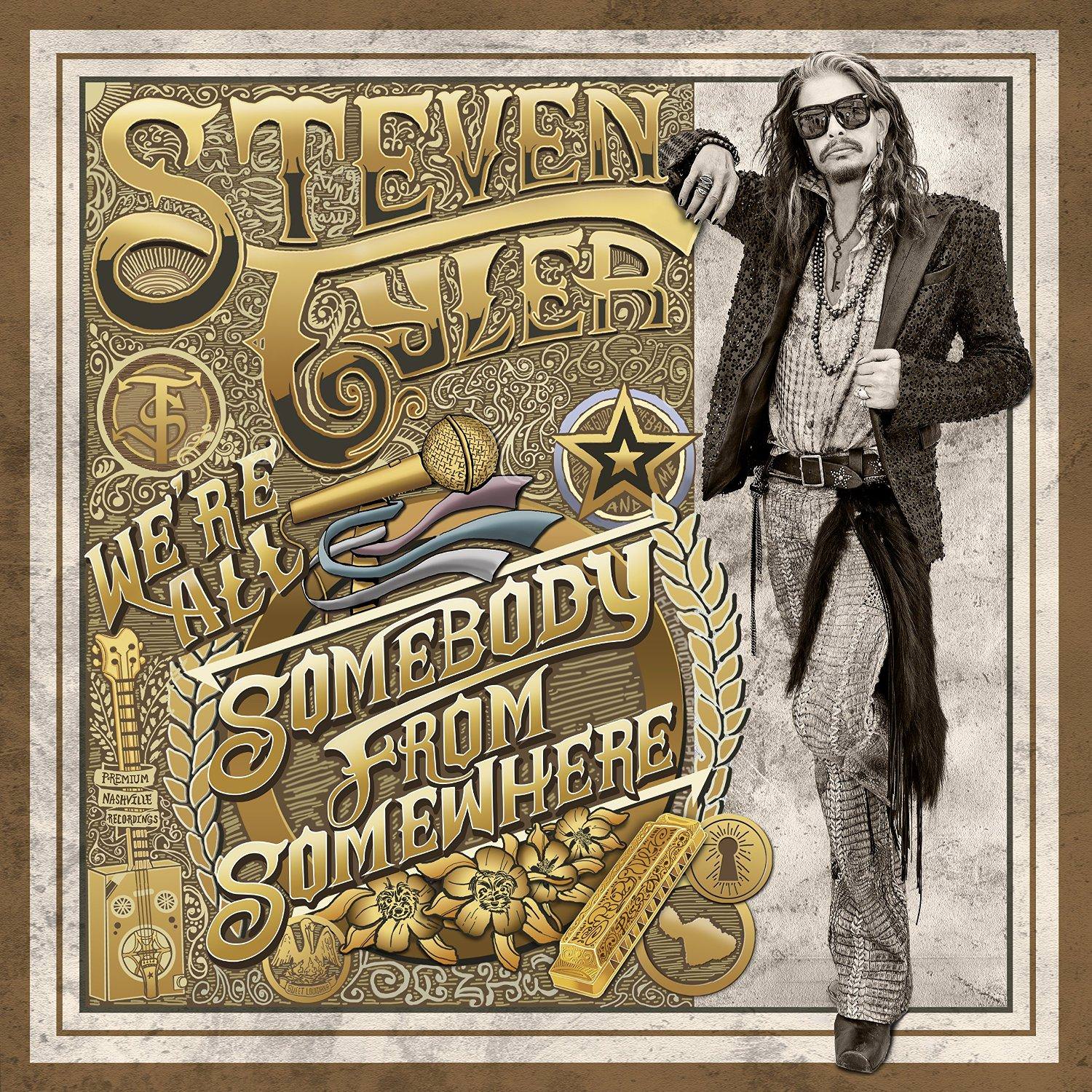 Steven Tyler, the iconic songwriter and prolific voice of rock band, Aerosmith, is one of music's most recognizable and dynamic frontmen. Aerosmith has sold over 150 million records, achieving 25 GOLD, 18 PLATINUM & 12 MULTI-PLATINUM album certifications. The highly anticipated first solo country album by Tyler will be releasing with Big Machine Label Group. His first single, "Love Is Your Name," hit #1 on the Billboard Country Streaming Songs chart, with the video gaining over 12 million views.

Like Mick Jagger before him, Steven Tyler itched to launch a solo career, but where Mick struck while the iron was relatively hot -- 20 years after "Satisfaction," true, yet the Rolling Stones still packed arenas -- the Aerosmith singer took the better part of a decade to figure out what he wanted to do on his own. Stumbling through a starring gig on American Idol and an accompanying flop single that led to an awkward 2012 reunion with Aerosmith, Tyler finally resurfaced as a country singer -- a surprise, because the closest he ever came to country was the Desmond Child co-write "What It Takes," a power ballad that provides a good touchstone for 2016's We're All Somebody from Somewhere. Nominally a country album, We're All Somebody from Somewhere doesn't belong to any country: laden with power ballads and pulsating polished rockers, it's commercial music for nonexistent formats. Tyler has a laugh with the lighter moments -- he skips through "I Make My Own Sunshine," a number so effervescent it should never have crossed his lascivious lips, and glides into the glistening groove of "Sweet Louisiana" -- but a good chunk of We're All Somebody from Somewhere moves a good deal slower, pulsating along with minor keys and deliberate marches. Pro that he is, Tyler never seems out of sorts. He lays into the crawling schmaltz of "My Own Worst Enemy" and "It Ain't Easy" with as much gusto as he slings the corn of "The Good, the Bad, the Ugly & Me," "Red, White & You," and "We're All Somebody from Somewhere," songs where signifiers substitute for significance and it really doesn't matter at all, partially because Tyler never figured out what he wanted this album to be. By the time he closes the record with superfluous renditions of "Piece of My Heart" and "Janie's Got a Gun" -- certainly leaner than the Pump original, yet still overblown -- it's clear that nobody involved with We're All Somebody from Somewhere had a conception for the music: they just wanted to cut a record that would be everything for everyone in the hopes it'd appeal to somebody from somewhere. They wound up with a record that tries hard to please but never does because the labor is always too evident.